Operating from a Good Place: The Making of a Social Venture

Operating from a Good Place: The Making of a Social Venture

“The global burden of trauma is greater than HIV/AIDS, tuberculosis, and malaria combined. Most traumatic injuries can be fixed with a simple surgery — yet five billion people don’t have access to safe surgery,” explains Lawrence Buchan, one of the founders of Arbutus Medical, a company ‘born out’ of UBC’s Engineer in Scrubs (EiS) program.

The EiS program provided an invaluable connection for Buchan and fellow classmates when members of the Uganda Sustainable Trauma Orthopaedic Program (USTOP) brought the class a list of problems they had identified in hospital operating rooms in Uganda. One problem that stood out was the chronic issue of both quality and quantity of orthopaedic drills currently available in low-resource settings.

The problem was multi-faceted: either there was a lack of modern surgical-quality orthopaedic drills (too expensive at $30,000 plus per unit); inability to sterilize the cheaper substitute (a regular store-bought drill); or (in worst-case scenarios) surgeons resorted to using simple manual hand drills which took extensive effort and time to use during surgical procedures.

Florin Gheorghe knew about these problems, first hand. Now the CEO of Vancouver-based Arbutus Medical, Gheorghe did research for his MASc thesis in Uganda and had spent about three months in an operating theatre in Uganda “trying to figure out the challenges and how engineers from the West could help innovate.” Specifically, how to design technology appropriate for people dealing with the context of constricted medical budgets and ‘make due’ surgical equipment.

Although there are, he describes “a number of barriers to safe surgical access in these settings,” he saw that hand-powered drills are particularly distressful for surgeons and patients alike. “The manual drills get kind of jammed and stuck and they’re not always that sharp — the drill bits — and so you actually have to put a lot of force into the patient when you’re trying to make the hole.”

As graphic as that may seem for the surgeon, for the patient the ordeal can be life threatening. Or as Gheorghe notes: “It’s really common that your drill bit slips off the bone or it goes through the bone to the other side and since there’s blood vessels and nerves all around the bone, that’s not too great.”

Even when surgeons have access to an upgrade — a hardware-store electric-power drill and commercial drill bits — Gheorghe saw that such equipment is extremely difficult to properly sterilize and as such, it poses a real risk of infection into the operating room. After the operation it’s usually simply sanitized, wiped down (carefully) and re-used for the next operation.

When expensive surgical-grade drills and bits are available, they’re in short supply. Post-operation, even as this scarce quality equipment is being sterilized (which can take more than two hours) Gheorghe would routinely observe a lineup of half a dozen patients waiting to be treated.

It’s really common that your drill bit slips off the bone or it goes through the bone to the other side and since there’s blood vessels and nerves all around the bone, that’s not too great.

When Gheorghe returned to Canada, he began working with students at EiS who were working on a project for developing a unique solution to the orthopaedic drill challenges. The team included Elise Huisman, Michael Cancilla and Lawrence Buchan. The quartet came up with a prototype that got around many of the vexing problems identified by surgeons. What resulted was a tough yet inexpensive, autoclave-proof reusable drill cover designed to slip over and completely seal off a hardware-quality power drill, allowing it to be safely used in an operating theatre, without the risk of it causing infection. After the operation, the used cover goes in the autoclave, another cover goes over the bog-standard power drill and so on to the next operation. Since injuries treated with surgical intervention have better outcomes for the patient and help avoid a lifetime of disability, the drill cover has dramatic positive outcomes for patients. It also increases that cumulative affect as it allows far more patients to be treated while performing the same essential, life-changing service as that $30,000-plus orthopaedic drill.

The design met with almost immediate success. Gheorghe says the first prototypes received “positive feedback, and surgeons in Uganda were eager to use them almost immediately.”

In response to the urgent need and an obvious gap in the market, the students quickly formed Arbutus Medical. From the start, the four co-founders envisioned it as a social-venture because, says Buchan, they see “a major opportunity for both positive social impact and financial growth in healthcare in the developing world.” 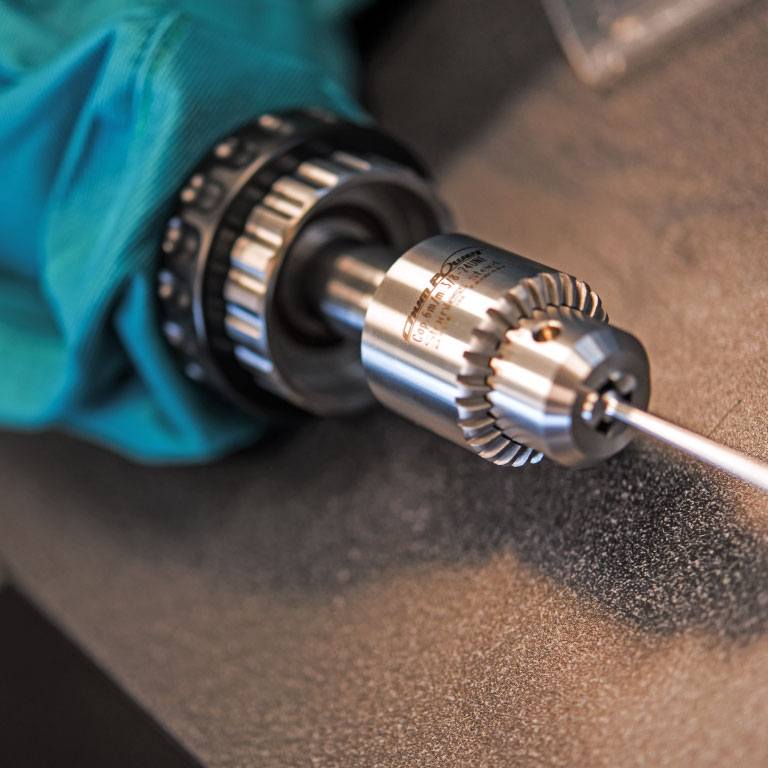 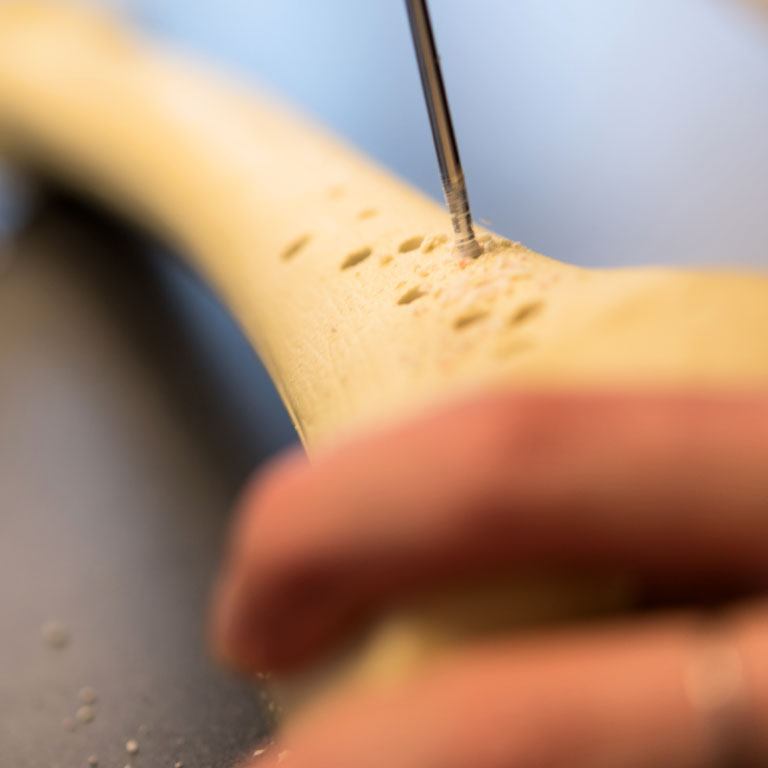 Delivering social good is embedded in their DNA as a company. They have ambitions, as their tagline ‘Surgery for All’ would suggest, to help improve access to safe surgical equipment around the world. They plan to expand says Buchan, and “build out a portfolio of safe, robust equipment that makes orthopaedic surgery an order of magnitude less expensive than it is now.”

But meanwhile, the students had to learn how to be entrepreneurs. They turned to entrepreneurship@UBC where they dove into the Lean LaunchPad Accelerator Program. The experience was invaluable for the team, particularly the knowledge and guidance from the program’s mentors, one of whom joined Arbutus Medical’s board of directors and has remained in that leadership role since.

The Coast Capital Innovation Hub (iHub) at UBC Sauder School of Business helped with the process of transitioning from prototype into a viable business. The iHub program came at the perfect time, assisting the young start-up in what Buchan calls the “transition to scale” and “move from a direct-sales model to distributor-focused sales model, building an ISO13485 quality management system [to meet quality management system standards], and preparing to launch our first product.”

It was a busy time but as students turned entrepreneurs, the four novice founders relied on their iHub mentors for the crucial business strategy and personal development skills that, says Buchan, “helped set us up to handle the wild and fast-paced startup roller-coaster ahead.”

Fast-forward to 2016 and purchase orders are coming in from around the world. The company is defining a competitive niche by working mostly with Canadian manufacturing partners and suppliers; Buchan says the “Made In Canada” brand has proven to be an asset in many low-and middle-income countries who value high-quality products. In turn, he says Arbutus Medical has a laser focus to develop “radically affordable medical equipment through frugal innovation and disruptive design” in order to reach “an enormous and underserved market that few are specifically targeting.”

Dr. Piotr Blachut, one of the surgeons from USTOP who first brought the problem to Engineers in Scrubs, has continued to mentor the company and believes that the DrillCover has “revolutionized how they do surgery there [in Uganda].” He thinks there “could also be a lot of use for Arbutus Medical devices in disaster relief scenarios.” Blachut points out that the products are inexpensive to stockpile and could be “readily available to be sent to a disaster site.”

The company is now seeking outside investment to scale up production on a number of exciting new products that allow surgeons in low-resource countries and operating rooms to do a wider variety of modern orthopaedic procedures. They are creating a second-generation DrillCover as well as a power-saw cover. The saw cover will be especially welcome in ORs struggling with amputations, osteotomies, and joint replacements, many now being done with incredibly inefficient manual saws which can cause collateral soft-tissue damage. The Arbutus Medical SawCover will mean “faster, more precise sawing and with fewer complications,” promises Buchan.

Located in an ideal space to innovate — the Medtech Development Hub, a joint initiative of UBC and the Vancouver Coastal Health Research Institute at Vancouver General Hospital — Gheorghe says Arbutus Medical team members can “tinker and build prototypes” but most critically, the Hub “allows them to conduct usability testing with doctors who are literally in the next room or building.”

Arbutus Medical is reaching out into new markets but the heart of its work, says CEO Florin Gheorghe, continues to be a deep commitment “to working with doctors to create innovations that are specific for them.”

He also hopes current and future UBC students could be inspired by he and his fellow founders’ example and “see that there’s non-traditional routes you can take with an engineering degree — with any degree for that matter — and you can do some pretty cool stuff.”

On a more personal level, Gheorghe also believes that Arbutus Medical isn’t a one-off, or anomaly in the business world. “We’re on the cusp of this entrepreneurial wave. I think more and more socially-oriented enterprises are going to evolve in the future.”

Special thanks to our story partners:

Other: Centre for Hip Health and Mobility.