How can an obscure play written in the late 1500s make a meaningful contribution to the cultural and artistic dialogue of present-day Vancouver? A recent partnership between Bard on the Beach and researchers from UBC’s Faculty of Arts holds the answer.

Bard on the Beach, Western Canada’s largest Shakespeare company, has attracted almost 2 million patrons since its launch in 1990. Well-established, highly acclaimed and with a large pool of artists and dedicated audience, the festival was considering exploring the work of Shakespeare’s contemporaries when the opportunity arose to collaborate with UBC scholars on John Lyly’s play Galatea.

Galatea was written in 1588 and is an unapologetically lesbian-love-story with a side-order of impending ecological destruction. Dr. Patricia Badir, professor at UBC’s Department of English Language and Literatures and Katrina Dunn, PhD candidate UBC Theatre Studies have been working on the play’s peculiar take on the relationship between gender and the environment in association with the Oecologies research cluster. However, they were aware that modern audiences might not typically associate such topics with the time period in which the play was written and that Galatea was, therefore, ripe with potential to provoke an artistic and social dialogue, connecting modern issues with their premodern antecedents.

The Bard team was excited by the prospect of working with the scholars to make a little-known Renaissance drama relevant to their audiences, and the idea of a workshop culminating in a one-off live performance was born. There was one significant barrier: finding the budget to bring this collaboration to life.

So, when Katrina Dunn heard about UBC’s pilot Community-University Engagement Support (CUES) fund, designed to support not-for-profit community organizations partnering with UBC, she urged the team to apply. In April, 2018, the Galatea Project was announced as one the ten successful applications, and planning for the workshop and performance was set in motion.

In November, 2018, Director, Dean Paul Gibson, nine actors, a stage manager, Dr. Patricia Badir, Katrina Dunn and Dr. Paul Budra (professor at Simon Fraser University’s Department of English), gathered at the BMO Theatre Centre to commence the workshop, along with a small group of observing UBC undergraduate and graduate students. Over the next six days the scholars and artists undertook an intense exploration of Galatea. The Bard artists benefitted from the scholars’ years of research into the play, with one of the actors commenting their input was like having “talking footnotes”. Meanwhile, the researchers’ understanding of the play was deepened by the artists’ interpretations as they sought to bring the text to life for a live audience. 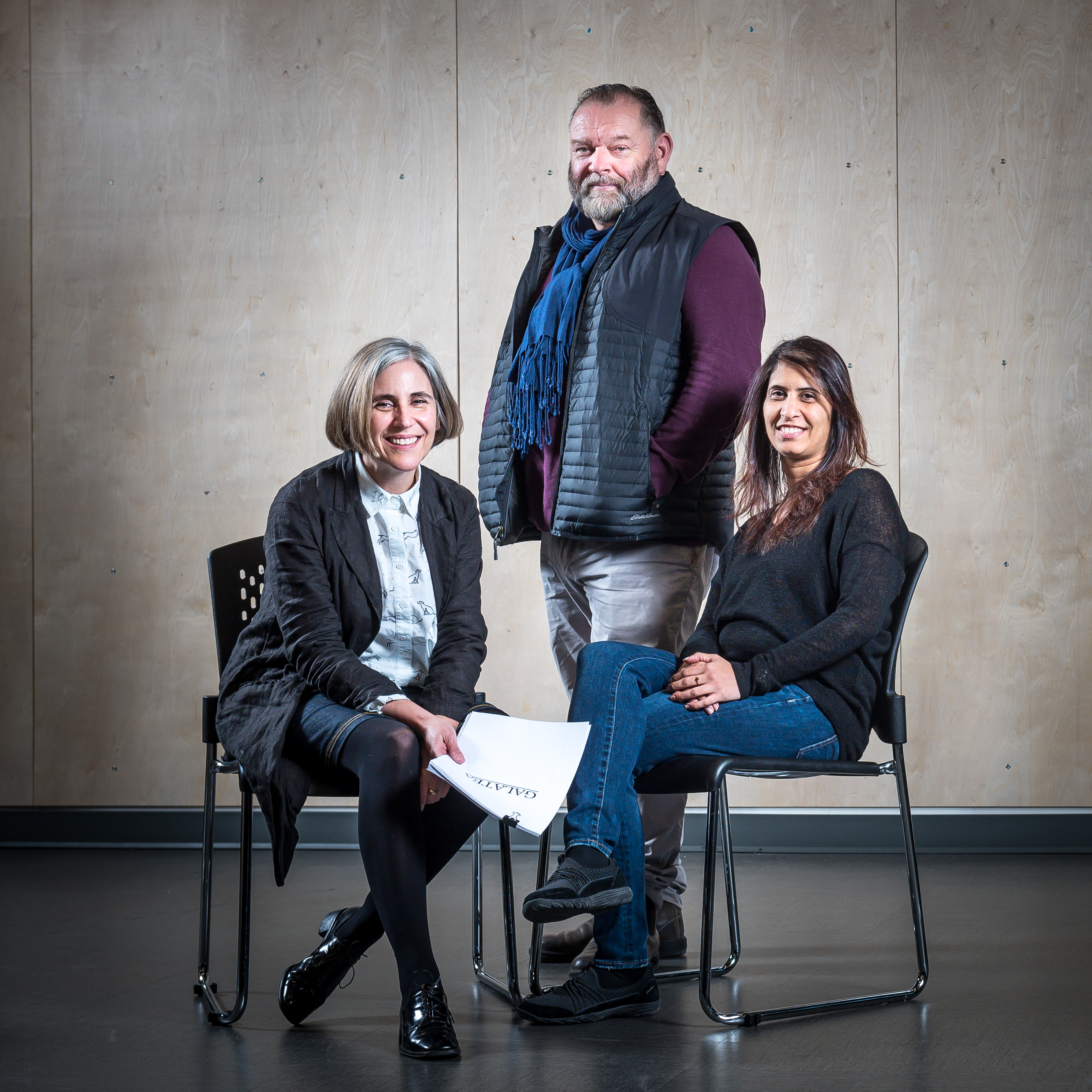 Unsure of the audience interest of a first-time workshop performance of a relatively unheard of 16th century play, Dr. Badir encouraged her first-year class to reserve some seats. By the time most of them tried, the performance had sold-out, a promising sign that Vancouver had an appetite for unfamiliar programming.

On Saturday, November 10, 2018, after just six days of workshopping, a full reading of the play was presented to the packed-out BMO theatre audience. The feedback from the night was overwhelmingly positive, and the Q&A session sparked a lively and insightful conversation about climate-change, gender issues, and how our understanding of the past is influenced by our present environment.

As Dr. Badir and Katrina’s Dunn’s had sensed, the play had so much resonance for modern audiences, but this could only have been untapped by working with the Bard team. The partnership helped to expand and enrich Vancouver’s cultural dialogue, and the success of this first-time project has planted promising roots for the future of this type of collaboration. Conversations are ongoing with Bard on the Beach, and with other universities and Shakespeare companies throughout Canada who are keen to emulate the success of the project and the positive impacts it brought to academic, artistic and broader communities.

In June the group will remount scenes from last year’s workshop performance as part of UBC’s program for Congress 2019.